In the Netherlands there are 8.65 million people working (source: CBS). That doesn’t sound a lot for countries like the United States of America or China, but for Dutch concepts that is actually a lot. A lot of good employees who you gladly want in your organization, are already taken at another job. How do you make sure people join the line of your company? People are getting pickier about the choices they make in life. Not only about the thing they do in their free time, but also about the jobs they take. As a company it is very important that you work on your employer image. The employees are the soul of a business. No staff means no business. So you do want to have the right staff. Beside the skills they have to execute a certain function, your employees need to suit the identity or your company as well and you want them to be fully deployed, so your company can go even further.

Luckily you don’t have to reinvent the wheel, we have some ways for you. Before we get to work, we want you to get inspired by some companies which have a special way of handling their staff and therefore are an example for us in employer branding!

Coolblue
Everything for a smile. That is the mission of Coolblue. Humor is one of the strongest ways to brand a business. If you can laugh about something, it makes you happy. If a business makes you happy, chances are that the consumer want to get in touch with that more often. Dutch webshop Coolblue does this excellently. Therefore it’s so important that the employees have the same sense of humor.

You can find humor in the smallest things, like which words and sentences you use. In the vacancies of Coolblue you can find texts like: ‘What you tell you do on birthdays.’, ‘Fall 3 times from Rotterdam Central Station to get there.’, ’29 free days. If you promise you get back after holiday.’

Besides that you can notice in the vacancies that Coolblue values teambuilding very much. ‘Freshly prepared meals, monthly drinks, legendary Coolblue-parties, the nicest team activities and an informal, playful department.’ And in their description about how your day can look like in that certain function, something the close with: ‘Now it’s time for a beer with you colleagues in the Coolblue local pub.’

If you don’t have the same sense of humor, you probably don’t like these vacancy texts and you won’t apply. And that’s for the better! Coolblue will only attract the right kind of employees in this way.

Apple
The mission of Apple is all about innovation (making innovative products, developing the best technology) and easiness (making products which are easy to use, make working easy). The vision and mission of Apple also was implemented in the unique methods Steve Jobs had regarding his staff. In the beginning of his career he hired, like a lot of companies do, real seasoned professionals. The employees did their job for a long time and knew how to execute a certain task. However this didn’t work quite completely. Steve Jobs realized that he had to do it a different way. The most important skill at a vacancy became how much passion someone has for it instead of how long someone perform the profession. Of course the employees still needed to execute the task very well, but Jobs got triggered the most by enthusiasm.

Steve Jobs also had an nice (and healthy) way of having a meeting. He wanted to have meetings with the smallest group possible. Bilateral consultations were held while taking a walk. Being productive and being active at the same time, two birds with one stone! It’s not only healthy for the physical well-being, but it also gives space for creativity. In addition, walking creates more openness and it makes it easier to tell difficult stuff than when you sit across the table with each other. So it’s a good thing as manager or boss if you have to make a more sensitive conversation.

Google
Happy employees are productive employees. People who work at Google are often named as one of the happiest employees and there is even a job for it, ‘Chief Happiness Officer’. That has everything to do with how Google decorated the office. The place where you work has a lot of influence on your productivity and certainly your creativity. A boring office won’t stimulate you to great ideas, while a special space can trigger your brain to the best you ever thought of. If there is one company who takes care for her employees, it’s Google. A few examples of the way they decorate their office optimally:

Big lunch tables
Who doesn’t love food, right? Food gives you energy and ensures solidarity. You do have to take a break once in a while to let your brains rest. Google has extra big lunch tables, so employees are more likely to sit in big groups. By that they create a larger network, are more social and productivity improves.

Eating healthy
Sometimes I accidentally see myself doing this. I go to the supermarket to buy a snack and I can tell you this, most of the times this is not an apple. In the canteen of this company you can buy coke or crisps, but it’s stimulated. Where in the supermarket the unhealthy stuff is mostly on eye level, with Google it’s the other way around. The healthy food is easy to take and the unhealthy stuff is more difficult to find.

Playground
I hear you say, how can a playground ensures more productivity? Yes, that it creates more happiness, that’s clear. The pool tables, skippy balls and Lego will make sure of a nice work environment, but it also stimulates the creativity. You know the situation where you have to think of something cool. Because of the pressure you can’t think of anything, but as soon as you doing something else, ideas flow like a waterfall out of your head. This is exactly the thing Google wants to achieve with the playground.

International Criminal Court
The three companies we named as an example, are of course quite big. I can imagine that you cannot really relate to it, because your business is maybe not as big and the methods they use are not suitable for you. Luckely every company has their own missions and key values and a unique employer image can be made for everyone. Although the International Criminal Court (ICC) is a big company as well, but the method they used, can also be applied for smaller businesses. Anceaux Marketing had the honor the execute a beautiful campaign.

ICC had the challenge to recruit a lot of new people. A few things were important: they wanted to attract new people from a few specific countries and to bring attention to non-legal jobs. With Anceaux Marketing we made a clear strategy and made a video campaign out of it. Natalie said about this:  “If you want to trigger people to apply to an organization that they don’t know or have never considered, then you have to appeal to emotion. A job-opening text can’t do the job by itself. You want to know what type of organization you’re joining and the difference you can make. By having employees of the organization tell their story, others can identify with that person. This triggers passive candidates to become active. Video, in particular, is an extremely powerful tool for this.”

With this words of wisdom beautiful videos were been made to motivate people to apply for ICC.

Do you feel motivated to create your own awesome employer’s image, but you don’t know where to start? Feel free to send us a message or give a call. We would love to work with you! 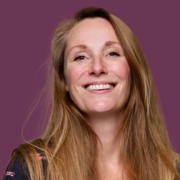 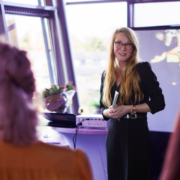 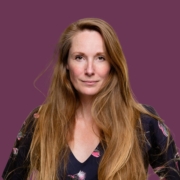 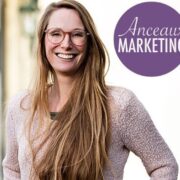 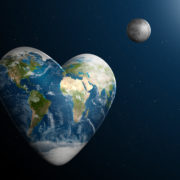 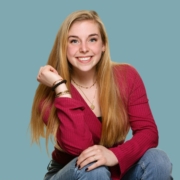 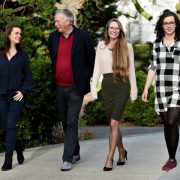 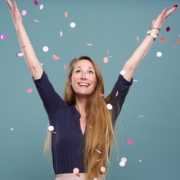